Who Gets What When, and Why? 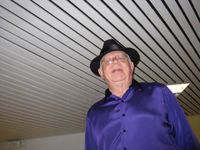 I did my first interview back In the last century, in 1967, for the late, lamented Village Voice. That was a pretty hip publication back those days, and I thought it was cool that they wanted to talk to me, but after I read the resulting product. I hated myself. I sounded like the most arrogant jerk ever, and I vowed never to do that to myself again. I succeeded for a while, by remaining uninteresting enough that no one wanted to talk to me. Okay, not exactly, but I did manage to mostly lay low until 2017, when Kyle Long, a nice fellow from an Indianapolis weekly known as the late lamented, Nuvo, rang me up in Rochester, Michigan while I was on tour. He said he wanted to talk about the 50th anniversary, and I assumed he meant Neil’s 50th anniversary tour, which was going on at that time.

But no, he wanted to talk about the 50th anniversary of the album by my early group, the Masters of Deceit, which I had mostly forgotten about until his call. Mr. Long turned out to be a very skilled interviewer, and he usually knew every detail I had up my sleeve to show him. That interview came out so well that I mailed copies of it to people I imagined might be impressed by it.

So when a couple of guys from Indiana called me the other day to ask for an interview, I was fairly sanguine about it, and jumped aboard and had a good time chatting with them. So good a time, in fact. That I rambled on interminably, long enough that the resulting podcast had to be edited into a  three part interview. It’s a bit weird. Since their podcast usually claims to be about business and finance and stuff like that and is called “Who Gets What.” I really didn’t know how anything I do is related to their subject matter, but I figured that was their problem. All I know is that once I got started blabbing, I just kept going.

I was impressed that they were willing to take a chance interviewing a guy whose conversations had already brought about the demise of two publications. (Let me add, however, that the magazine I began back in Indiana in 1965, the Brown County Almanack, is still being published,  although under far different ownership.)

If you are, despite all this, inerested in hearing any of the resulting conversationw, here’s a link to the first part:

Who Gets What Podcast

I notice that there have been absolutely no comments posted about this interview. If you feel inspired to issue a remark, it would be nice if you ,mentioned that my face is well-suited to an audio podcast.