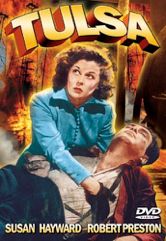 Way back on October 20, 2008, as our plane was preparing to land in Tulsa where we were to perform the next night, our stellar trombonist Arturo Velasco shared with us that he was experiencing a toothache.

Not a little tingle-tooth, mind you, but a real full-on toothache. And since our Muzoids were always well looked after, he was quickly delivered to a dental surgery unit, where his big mouth was worked on until will into the evening.

Most people would rather have a root canal than spend a couple of days in Tulsa, but Art was the rare exception, a man who got to do both.

In the painting at the top left, Arturo is shown undergoing treatment from a very caring nurse, albeit one with liquor perhaps on her breath. The photo at the bottom right shows Arturo’s pre-root-canal state—just to prove that he wasn’t faking it, just to get attention. 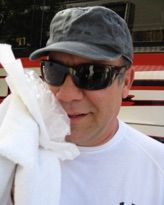 A well-known politician is giving the good people of Tulsa a painful extraction of his own this weekend, and a lot of us will look forward to when it’s all over and we can get back to sensible people doing sensible things.

When the plan to stage a gigantic Trump rally at the BOK Center emerged, some wacky claims were floated for the number of projected attendees. The Trump crowd has an uneasy relationship with numbers, preferring to make them up as needed. Those of us who’ve actually worked in the BOK Center have a little clearer idea of its actual capacity—19,199, and if we could have squeezed in a few more, rest assured our accountants would have found a way to do so. it. The claimed numbers were later reduced to something a bit closer to reality.

The BOK Center (Big Old Kalamity, we respectfully called it) was designed by a gent named Cesar Pelli, the same dude who got big bucks for designing the Enron building in Houston. Speaking of numbers, any connection there?

The choice to hold their rally during a  brutal pandemic may not have been wise, but at least they are managing to sneak through the heart of “Tornado Alley” during a brief period of no tornadoes.

Side note: Tulsa is filled with Art Deco buildings, but the rally attendees probably won’t get to see any of them, because they’ll be elsewhere, trying not to die.

There is some precedent for infectious appearances in town. ªThe ghost of Enrico Caruso is said to haunt Tulsa’s Brady Theater. He is supposed to have caught a cold there, which led to his later death by pleurisy. Just mentioning...

In 1957, a brand new Plymouth Belvedere was buried under the lawn of the Tulsa County Courthouse. There was to be a contest held 50 years later, with the car going to the person who had come closest to guessing the 2007 population of Tulsa.

Well, they weren’t too good with numbers either, and the contest was all messed up. They weren’t sure exactly who should get the car, and they had trouble trying to get people to help dig it up. Plus. they didn’t know what kind of shape it would be in when it was unearthed.

But we do know this: the very last Plymouth came off the assembly line in 2001. When DaimlerChrysler killed off the Plymouth brand, they did an arguably  blasphemous thing: Plymouth was the brand of automobile which God used to drive.

Proof is in the bible: “... then God drove Adam and Eve from the Garden of Paradise in a Fury!”