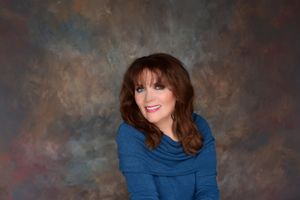 Thanks to Facebook, it was pointed out to me, very early this morning, that today is the birthday of singer Maureen McGovern. This news actually woke me up, because it made me remember a day 40 years ago, and the more I remembered about it, the more I needed to write it down. So I got up early to tell you this.

My wife and I were invited to a wedding in 1980. The groom was someone I worked with frequently in the studios, and I felt that we should attend, although it might be strange.

The wedding was at the groom’s home in Beverly Hills, a fancy joint with lots of square footage, and enough turf for a big party outside. Many attractive, well-dressed people folks attended, none of whom I knew, aside from the groom, who was understandably busy.

Okay, there was one person I sort of knew: the then-lieutenant governor of California, a not-especially-popular music business person named Mike Curb. I knew his name because it was on a list of people I had been cautioned to avoid when I arrived in California. Still, he seemed harmless enough in this setting, aside from his security contingent, a bevy of young, stern-looking young men with discernible anxiety. And no financial dealings would be involved, so it looked safe.

By 1980, I knew quite a few people in the Hollywood scene, but none seemed to be in evidence on this particular afternoon. My wife, who was more accustomed to attending events where she knew no one, just enjoyed the scene. I, meanwhile, walked around seeking a familiar face.

And finally, I found one.

Maureen McGovern was a singer whose big hit, “The Morning After,” came out in 1972. I had done a album with her a few years later, and it produced a minor hit called “Can You Read My Mind,” which was featured in one of the Superman Movies. We had a good rapport in the studio, and I was happy to see her.

She remembered me, in the way most singers remember piano players, so we re-bonded that day, in the way one does when one doesn’t really know anyone else in the room. We spent most of the afternoon chatting, talking about mutual friends who weren’t there, and sampling the ample foodstuffs provided. We probably had the deepest conversation of anyone in attendance, except for the security guys, who were speaking intently into their cufflinks.

The afternoon ramped down until we exchanged goodbyes and headed for home. That was the last time Maureen and I spoke, and I’m sorry to admit I hadn’t really thought of her much until  this morning, when I learned it was her birthday.

I checked online and determined that her career had continued quite nicely: and I’ve managed to keep myself fairly busy as well. That’s how this town works, after all. Oh, and the marriage we were attending (many had suspected the groom might be gay) produced four children, so he was a successful producer in more ways than one.

I admit it's a skimpy story, so let me jist conclude by saying, here and now, happy birthday, Maureen. We must get together sometime. Anybody we don’t know planning a wedding anytime soon?